Flowers are a type of flora in the the Animal Crossing series. They are plants that live in all four seasons. They can be obtained by the store, grown by villagers, and grow randomly throughout town.

The most common types of flowers are roses, cosmos, tulips, pansies, violets, and lilies. However you can obtain a red and pink carnation on mothers and fathers day. Sometimes flowers will wilt and turn brown. You can revive them by watering them or prevent wilting by enabling the Keep [town name] beautiful ordinance.

Flowers can be worn as an accessory.

Hybrids: Hybrids are made when you water two flowers of the same type. Such as if you water a red rose and a white rose hopefully a pink rose will appear the next day.

Insects can be attracted to and will be found on flowers around town. Some of the ones that do this are ladybugs, butterflies, mantids, and snails. Out of all of these flowers, tulips do not attract insects.

Clovers will grow infrequently around town. They can be treated as weeds, however, it is also possible for them to be picked and the player can find a four-leaf clover. These rare four-leaf clovers can be placed in the house, giving 7,777 points towards the HRA score. It can also be worn in the player's hair.

Dandelions will grow as much as clovers do, and will appear as a large yellow puff. They grow from march to October, and if they are not picked, become dandelion puffs

Dandelion puffs are white, and appear if a dandelion is not picked after a few days. When picked up, dandelion puffs can be held in the player's hand and be blown on by pressing the "A" button.

Jacob's Ladder is a flower that appears when a town environment reaches perfect level. It appears as a cluster of white buds dangling from a green stem with leaves. This plant does not breed, and can only be healed by a golden watering can.

Raffelsia is a large red plant that grows when a large number of weeds accumulate in the town. It can attract flies. After the weeds are removed, it will wilt and die.

Hybrids are flowers that are different colors than normal. For example, roses typically are red, yellow, and white, but can be hybridized to create an orange rose.

Flowers must be grown together to create hybrids. They must be growing directly next to each other in order to have the chance of spawning a hybrid. The most efficient way to grow a hybrid is to plant them diagonally from each other. The flowers can be any color, however they must be of the same species. 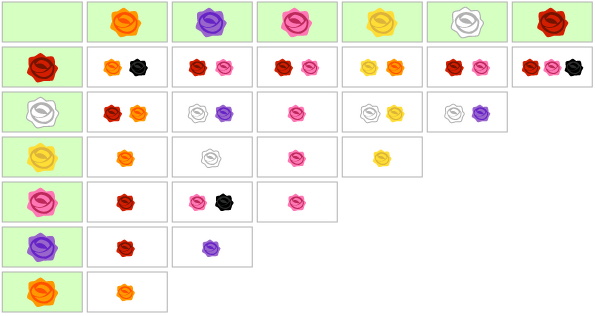 Gold rose
Add a photo to this gallery 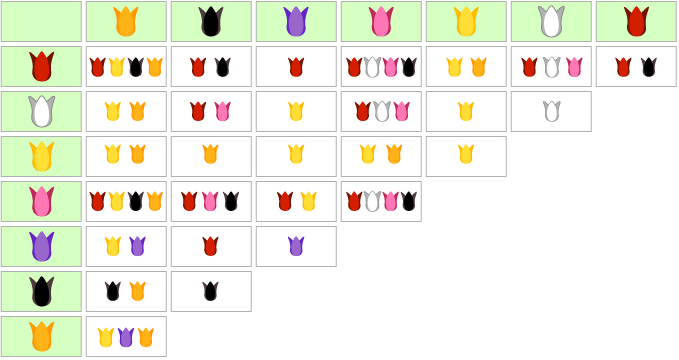 Orange tulips
Add a photo to this gallery 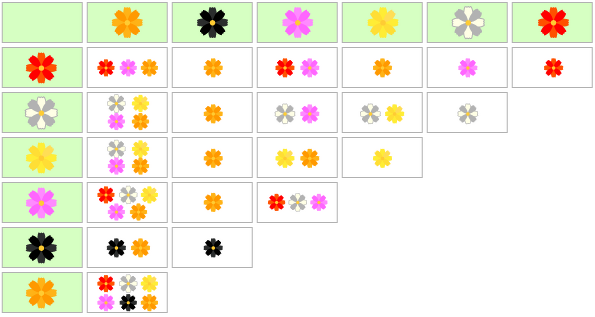 Pink cosmos
Add a photo to this gallery 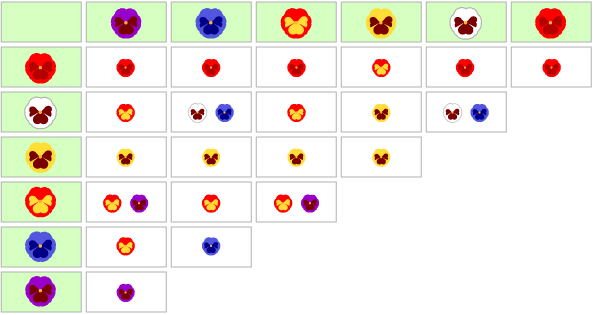 Blue pansy
Add a photo to this gallery 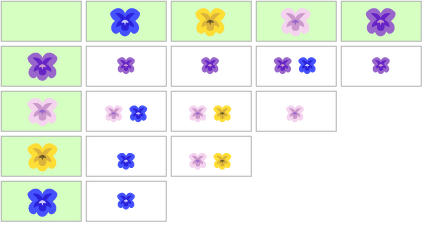 Yellow violet
Add a photo to this gallery 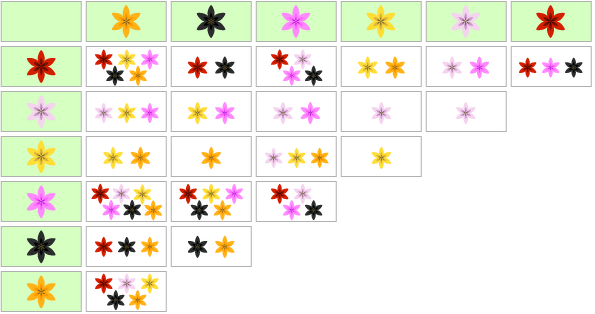 Black lily
Add a photo to this gallery 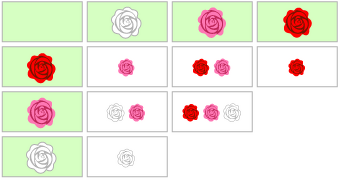 White carnation
Add a photo to this gallery

When under the Beautiful Town ordinance, villagers will be very likely to water or plant flowers. Hybrids will be 20% more likely to spawn.

Retrieved from "https://acnewleaf.fandom.com/wiki/Flower?oldid=16031"
Community content is available under CC-BY-SA unless otherwise noted.